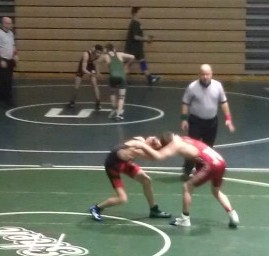 My son Parker suffered a neck injury during a wrestling match. It was suggested by his doctor Parker see a massage therapist. Having previous experience with Jeff for myself I knew instantly that I was going to take my son to Jeff. Jeff specializes in sports injuries. After 2 sessions with Jeff, Parker was back on the mats and feeling great. I would highly recommend Jeff as a massage therapist. He helped my son and really is fabulous at what he does. 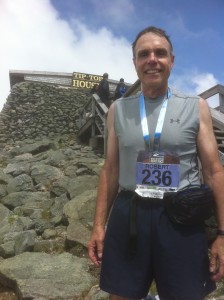 “Wow, Jeff Koss is not your typical massage therapist!  A friend recommended Jeff after I had experienced some prolonged muscular pain due to my long distance mountain run training.  Jeff not only remembered my problem areas during each visit, but due to his wealth of knowledge of human physiology, he provided me with exercises to prevent further injuries from occurring.  With his guidance I was able to correct my running style and I was able to complete the grueling Mt. Washington Road Race injury free. ” 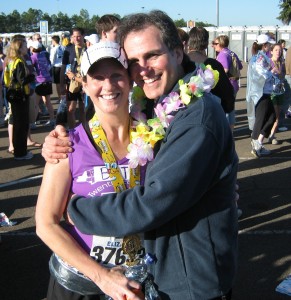 “I am a weekly runner who enjoys a half-marathon a few times a year.  Last year, I had shooting pain coursing down the outside of my left upper thigh.  As I ran my tenth mile of a training run, I was sure that my days of completing a long run were nearing an end.  I pondered going to see Jeff for two months because of my own inhibitions with seeing a massage therapist.  I should never have waited.  Jeff was able to identify the challenge as a fascial issue and had me immediately start a series of short stretching exercises that focused narrowly on a set of leg muscles.  Combined with exercise and myofascial massage technique, I have continued to run half marathons and feel stronger than before my injury.” 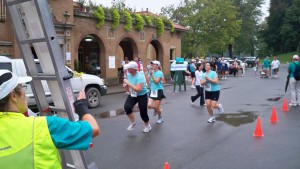 “Jeff is an outstanding professional massage therapist.  Not only was he able to relieve the pain in my calf, but he also taught me how to stretch properly to avoid a future injury.  It is not uncommon for an appointment with Jeff to involve half the time stretching and exercising on the floor and the other half having him massage a muscle to relieve the tension.  I would recommend anyone who wants a combination of stretching and massage to make an appointment with Jeff.”